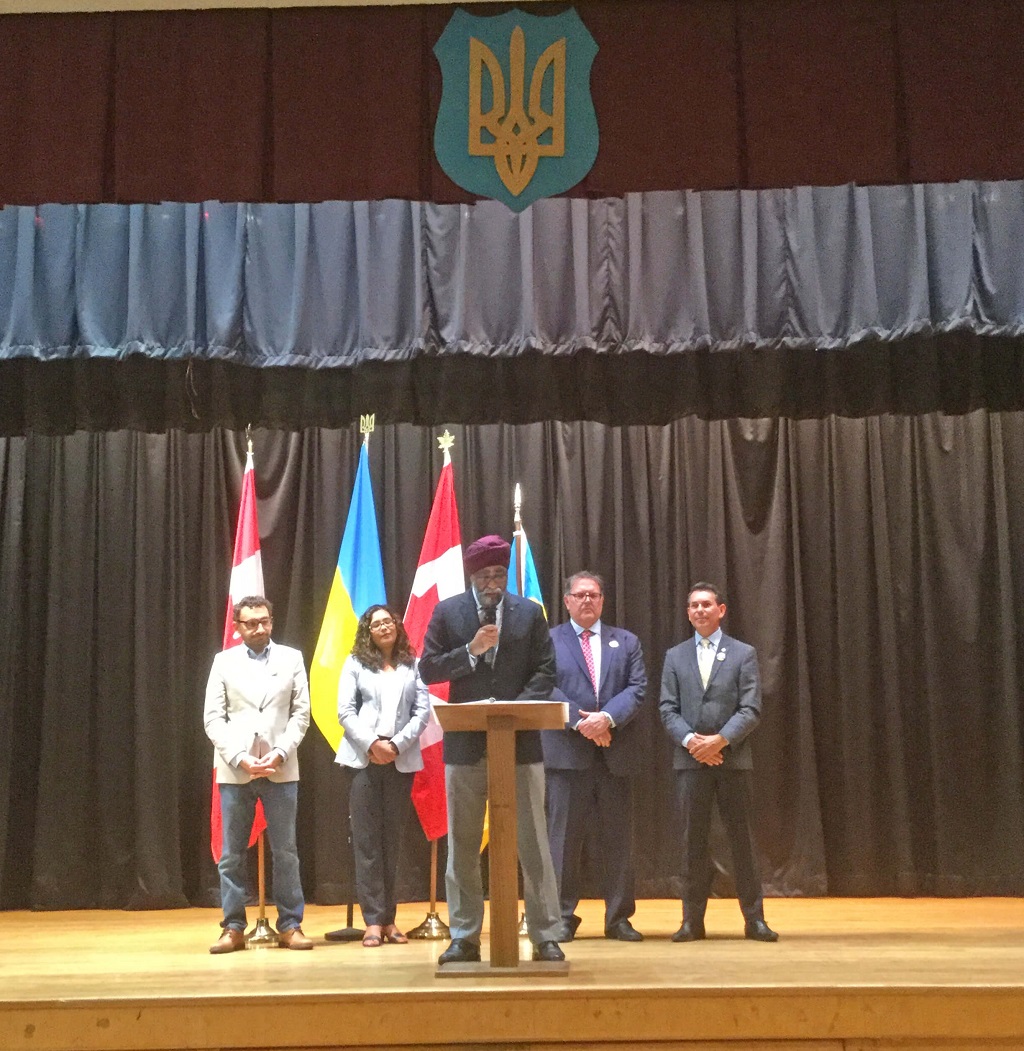 Minister Sajjan joined the community at the Dormition of the Mother of God Ukrainian Catholic Church to provide insight into the Canada-Ukraine Defence Cooperation Arrangement and to give updates on Operation Unifier.

Minister Sajjan visited Ukraine last September to evaluate the progress that has been made since the Canada-Ukraine Defence Cooperation Arrangement was signed in April 2017. The Arrangement strengthens the Canada-Ukraine relations in terms of defence-related issues and ensures that Ukraine has the support it needs to maintain its sovereignty, security and stability. “We have been working from the ground up, based on the requests of the Ukrainian Armed Forces. We have been training the trainers, junior leaders [who] will become the country’s military leaders in the decades to come,” said Sajjan.

Signing the Defence Cooperation Arrangement sends a clear message to the Russia’s head of state about the level of support that Canada is willing to provide, commented Sajjan. MP Omar Alghabra (Mississauga Centre) added that “we stand shoulder to shoulder with Ukraine in condemning Russian aggression, in standing for Ukraine’s unity, in helping Ukraine”. Canada’s help comes in a form of equipment, like medical hospital equipment, and the training on how to use it.

Just like the Defence Cooperation Arrangement, Operation Unifier is part of Canada’s efforts to support the security forces in Ukraine. Operation Unifier is Canada’s training and military capacity building mission which has been ongoing in Ukraine since April 2015. Sajjan commented that this operation is not a one-way transfer of knowledge – both militaries are learning from one another. Canada, for instance, is getting a chance to learn about Russia’s military capabilities, especially about their cyber warfare – an important element in Russia’s hybrid war against Ukraine. Minister Sajjan commented that both sides are “working together and that’s where we are learning from Ukraine, from their lessons of all the aggressor’s social media – whether you wanna call it ‘fake news’, the disruption within the community, [or] trying to divide communities with fake news”. He encouraged the audience to speak up against the “fake news” being disseminated by the aggressor.

Minister Sajjan stated that up to 200 CAF members have already trained nearly 8 000 members of the Ukrainian Armed Forces, including combat troops, medics, explosive experts and snipers. “We opened the Military Law and Order Service Training Centre in Lviv and we delivered on standardized mandatory combat first aid training that was desperately needed on the front lines,” added Sajjan.

This past May Lt Gen. Paul Wynnyk – Canada’s new Vice Chief of Defence Staff and a grandson of Ukrainian settlers in Alberta – travelled to Ukraine to lead the CAF personnel deployed on Operation Unifier. The Operation will last until the end of March 2019.

Canada is cooperating with Ukraine in economic and diplomatic areas as well. Minister Sajjan discussed the Canada-Ukraine Free Trade Agreement (CUFTA), which took effect last August. “This agreement continues to create jobs in sectors of Ukrainian economy, like IT,” said Sajjan. Observers say that although the trade between the two countries is modest, CUFTA is an important political gesture: Canada has sent a message of confidence in the reforms that the government of Ukraine has undertaken. Though this trade agreement may play a small role in aiding Ukraine in its war with Russia, it nonetheless increases Ukraine’s presence on the world stage, and contributes finances that the country can spend on defending itself from the aggressor.

To the question of how the government controls the funds it sends to Ukraine, Sajjan said that “Canada has sent a representative to help those reforms”. He emphasized the importance of supporting the reforms within the government and the work on anti-corruption policies. “We have to encourage the reforms in the country and I know that the progress has been made. And we will continue to provide the necessary support.”

The Canadian government has also provided strategic advice on Ukraine’s defence reforms through participation in the Defence Reform Advisory Board. The Minister commented that “we remain fully committed to providing assistance to Ukraine, helping to preserve and protect its sovereignty through Operation Unifier and through our defence reform assistance efforts”.

“Today Canada remains a stead-fast ally of Ukraine as the country works to advance democracy, the rule of law and sustainable economic development. As a representative of the Canadian government and as the Minister of National Defence in Canada, I’m here to tell you that Canada will always stand with Ukraine”, said Sajjan.

Diane Francis is my journalistic epitome 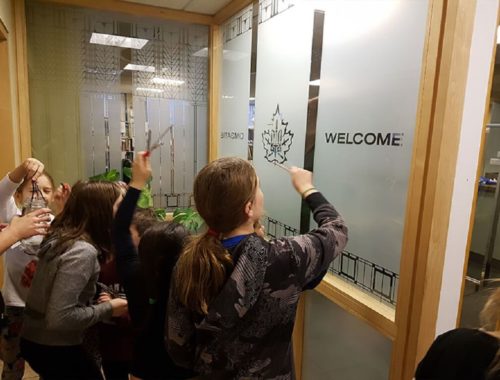 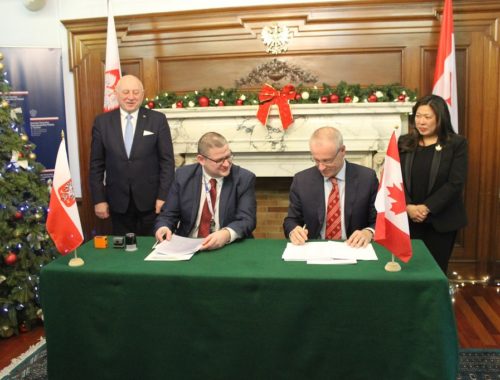