The current Russian-Ukrainian war is a regional problem that requires a look into greater forces at play, a political scientist believes.

“In view of the deeply-rooted historical conflict between Russian imperialism and the Ukrainian strive for independence, the only solution for the current conflict is some sort of defeat of Russia,” said Andreas Umland during the “Russia’s war against Ukraine in a regional context: prehistory, interpretations, prospects” webinar, hosted by the Canadian Institute of Ukrainian Studies (CIUS) on January 17.

Umland said that many people think in these terms.

“They think that the only solution to the conflict is actually some sort of disappearance of the current Russian state,” he said. “But, that narrative of destroying Russia is not very productive with Western audiences. This is usually something that Western audiences don’t understand.”

Umland said that post-communist countries face a transition that is different from the democratic transitions of other regions of the world.

“The unsuccessful reforms, both in Russia and in Ukraine, I think, are one of the major determinants of the current conflict,” Umland said.

The challenge of the post-communist countries was that they had to transit in several ways while building a democratic polity, introducing market relations to form nation-states and developing civil societies.

Umland said that Ukraine still has not translated to a well-governed polity and therefore is vulnerable to Russian aggression.

“That is something, I think, that can be easily explained by the absence (until 2014) of an association agreement for Ukraine and the still glaring absence of a membership perspective for the European Union,” he said.

The second issue Umland discussed was the idea of an East European Alliance, in which postcolonial countries try to protect each other by creating cooperative relations, alliances and unions.

Umland said that the inability of the East-Central European countries to create a regional security organization allows Russia to take territories of the grey zone countries – countries that did not manage to enter NATO or the European Union.

“This is also something that makes the Russian-Ukrainian conflict more understandable,” Umland said. “And it is not so much grounded in history, but in the deficiency of international organization in Eastern Europe.”

This syndrome encompasses problems that post-Imperial states have in becoming democracies.

“There has been a very interesting discussion among Russian historians about whether an invitation from NATO to Russia in the 1990s could have prevented the current conference confrontation,” Umland said. “I’m sort of agnostic on this.”

Umland said he thinks the Russians never understood the process of entering organizations like NATO and the European Union.

“You have to actually do something to get an invitation,” he said. “You have to mobilize your resources, your diaspora, your soft power in order to get such invitations.”

“And Russia never engaged in that, never started a process of approaching NATO. It always thought that it needs to get some sort of special entry pass into NATO, and perhaps NATO would actually have to reform for Russia to become its member,” Umland said.

Umland said that Russia has been facing this post-Imperial type of transition challenge over the last 30 years and has not dealt with it adequately.

Inadequate response from the West

The fourth factor that plays into the current Russian-Ukrainian war is the Western inability to deal with Russia’s Imperial tendencies, which the world has been observing in Russia starting immediately after the breakup of the Soviet Union.

“The reaction of the West to the various Neo-Imperial adventures of Russia was insufficient,” Umland said. “We are now at this very tense conflict between Russia and Ukraine because Russia has been left to do these things for basically 30 years already.”

Umland said that the West did not react adequately to the Moldovan case, the Georgian case, or other Russian actions in the 1990s. The West’s non-action to Russia’s other international law violations seemed to indicate to Russia that international law does not have to work in the post-Soviet space and that Russia has special rights there.

At the end of his lecture, Andreas Umland reviewed some policy recommendations to explore how countries can lower the tensions and go forward.

“The West needs to get its act together,” Umland said. “If you do that properly, you will have a more stable development within these countries.”

Established in 1976, CIUS is a global leader in the field of Ukrainian studies. In support of the University of Alberta’s mission and values, the institute is dedicated to the production, preservation, and dissemination of expert knowledge about Ukraine and Ukrainians in Canada and worldwide.

UCC calls on government to provide defensive weapons to Ukraine 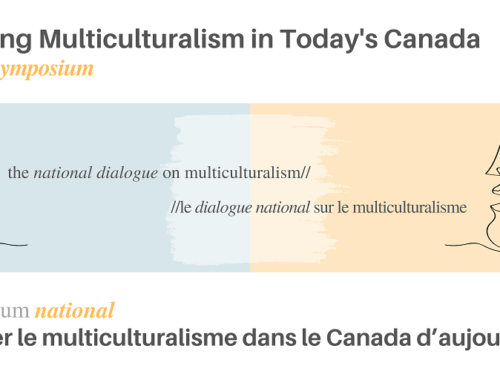 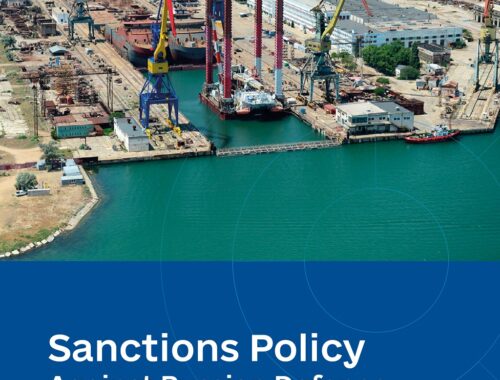