“Canada believes deeply in the UN peacekeeping nations idea. We know that it has been a very powerful tool for creating order and stability and deescalating conflicts around the world, and that is why Canada recommitted last year to peacekeeping with the commitment of half a billion dollars and of 600 troops in UN peacekeeping engagements,” he stated in response to a question.

“So we believe deeply in peacekeeping, this is the situation where there is definitely a very strong potential role for peacekeepers and that is something we look forward to having discussions on in the upcoming weeks and months – about how we can make sure that this situation is deescalated and that the people are able to live their lives in peace and security in a way that upholds the principles of international law that quite frankly Russia has violated with its military actions,” Trudeau added.

Poroshenko noted that he had discussed this with Trudeau and emphasized Canada’s unique experience in peacekeeping operations. He also reminded reporters that Ukraine first floated such a proposal in 2015, but Russia completely threw it out.

Two days earlier, Poroshenko raised his peacekeeping proposal in a speech to the General Assembly of the UN.

Putin said on September 14 that UN peacekeepers might be deployed on the contact line separating the sides of the conflict in eastern Ukraine’s Donbas region. And he said there might be other parts where OSCE monitors could operate parallel to a UN mission, reported RFE/RL.

In his UN speech, Poroshenko said a full-fledged UN peacekeeping operation was welcomed.

“The launch of a peacekeeping operation will enable [Ukraine] to restore justice and not simply cement the occupation,” Poroshenko said.

During his press conference with Trudeau, Poroshenko rejected any Russian scenario on the grounds it “can be a threat because the Devil is in the details.”

Responding to another question, Trudeau indicated Canada would soon place Ukraine on the automatic firearms country control list, which would allow Ukrainians to buy Canadian-made weapons.

However, Trudeau stopped short of committing any extra military aid to Ukraine.

“We continue to stand with Ukraine against the illegal, illegitimate invasion by Russians to Ukrainian territorial sovereignty and their attempts to destabilize Ukraine economically and in many other ways. That’s why we’re continuing to be such a partner in both the police operations, supporting with operation UNIFIER and the Canadian trainers who are helping Ukrainian to develop modern and better expertise. But also why we work so closely on the necessary reforms. Ukraine has done a very strong job over the past few years in extremely difficult circumstances that has demonstrated economic growth that benefits its citizens, the kinds of tough decisions necessary to move forward. Canada continues to be very happy with the progress that Ukraine is making and will continue to be there to continue to support Ukraine in many different ways,” he said.

At the outset of the press conference, Trudeau and Poroshenko issued a joint statement in which they affirmed their joint commitment to the continued deepening of bilateral relations.

The two leaders confirmed their commitment to bolster trade with the Canada-Ukraine Free Trade Agreement (CUFTA).

“Through the implementation of this agreement, we are looking forward to boosting bilateral trade between Ukraine and Canada in agriculture, information technology, energy and aerospace. Under CUFTA’s two-year review clause, we will examine the possibility of extending CUFTA’s coverage to additional areas, such as services and investment,” they stated.

They also addressed the issue of enhancing security cooperation.

“Canada is unequivocal in its support for Ukraine’s sovereignty and territorial integrity. Canada reiterates its non-recognition of Russia’s illegal annexation of Crimea and continues to condemn Russian military aggression in Donbas. Canada is committed to maintaining pressure on Russia to respect Ukraine’s sovereignty and territorial integrity and to implement fully its Minsk commitments, including through ongoing sanctions.

“Operation UNIFIER supports the important military training and capacity building efforts undertaken by Ukraine to maintain its sovereignty and security, while fostering a mutually-beneficial learning environment for both Canadian and Ukrainian Armed Forces.

“Canada will continue to support Ukraine’s progress towards Euro-Atlantic integration and to adopt and implement NATO standards through its ambitious agenda of reforms. Canada values Ukraine’s commitment to its relationship with NATO and its significant contributions to Allied operations. Against the backdrop of shared security challenges, we reaffirm our common interest in international peace through our bilateral Defence Cooperation Arrangement (DCA) and our shared commitment to advancing Ukraine’s defence reform agenda. Canada supports Ukraine’s goal of achieving NATO interoperability by 2020, providing both tactical training and strategic advice.”

Poroshenko and Trudeau noted that both countries share common values.

“Canada shares a strong bond with Ukraine, rooted in generations of Ukrainian migration to Canada. We look forward to building on our strong people-to-people ties, including through the promotion of youth mobility, to forge new bonds between our countries for generations to come.

“We recognize the strong progress made in Ukraine’s reform efforts and the launch of Agenda 2020, as well as Canada’s contribution to that progress. Sustained effort will be critical to ensuring durable institutional transformation, unblocking obstacles to reform and unlocking Ukraine’s full potential. We are guided in our efforts and in our outlook by our shared commitment to the values of inclusivity and respect for diversity,” they said. 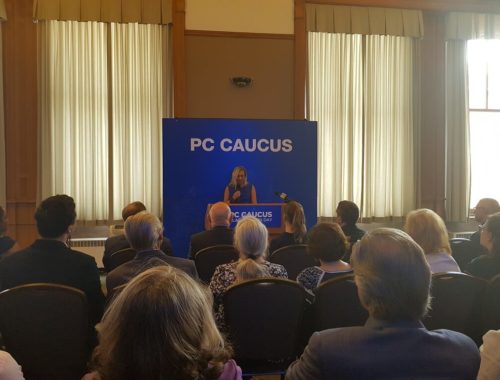 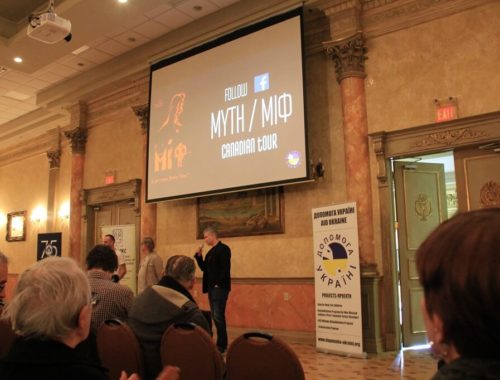