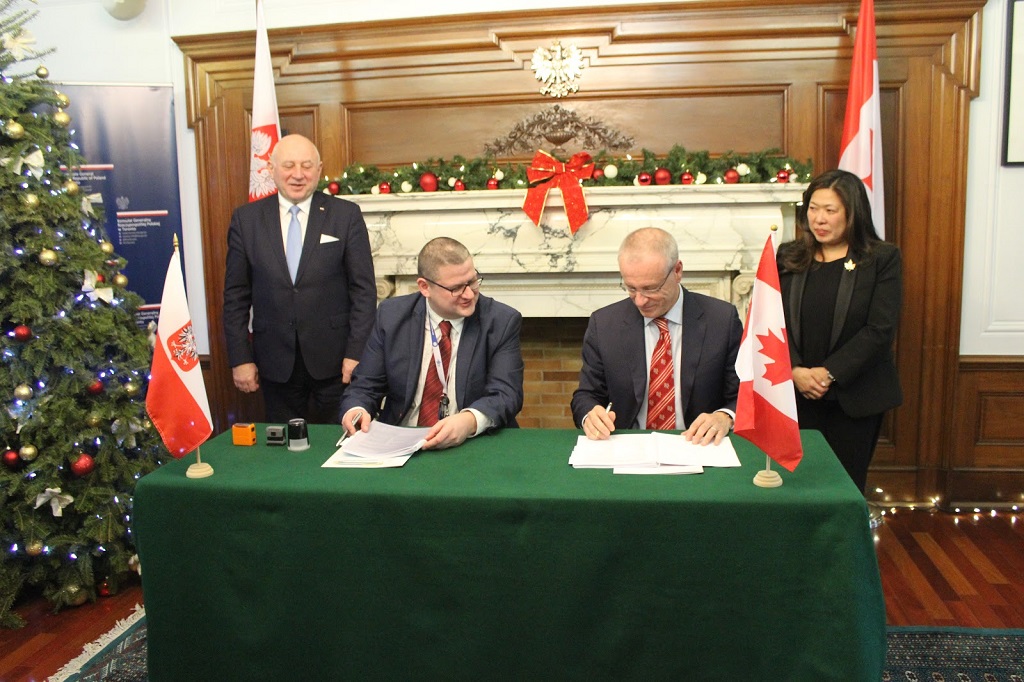 On Monday, December 23, Borys Wrzesnewskyj of M-C Dairy and Mihal Tomaszek of Infis signed a six-part business expansion plan at the Polish Consulate in Toronto, near Royal York Road and Lakeshore Boulevard.

Wrzesnewskyj said that he searched for four years for the best dairy production line for tvorozhnyj syr (cottage cheese). He finally settled on equipment from Infis as, according to him, today some of the best dairy technology and engineering comes from Poland.

The $10 million expansion plan is expected to be completed in 1.5 years.

The contract between M-C Dairy and Infis is the biggest bilateral contract ever signed at the Polish consulate in Toronto.

Wrzesnewskyj is a former MP for Etobicoke Center and now continues his business as the owner at Etobicoke-based Future Bakery and M-C Dairy. He explained that his parents brought their love for Ukrainian food to Toronto. His relationship with M-C began with the making of the best “syrnycky” – small pancakes with soft white cheese. M-C Dairy started as an 800-square feet garage operation in the Junction neighborhood in Toronto after WW2 with three Ukrainian refugees “who took a leap of faith” to build a dairy operation in Toronto.

“And today, once again, I’m taking a leap of faith making this major investment,” Wrzesnewskyj said.

Today, M-C Dairy is a 12,000 square foot plant that produces high quality farmers cheese and other dairy products. Wrzesnewskyj said the contract will guarantee a state-of-the-art production facility of the highest quality not just in Canada, but in North America.

“It’s an example of how a small to medium sized company like M-C Dairy can grow, building opportunities while strengthening our national economy,” said Mary Ng, federal minister for Small Business, Expert Promotion and International Trade, at the signing ceremony.

Small and medium sized businesses are the cornerstone of the Canadian economy, Minister Ng said. They make up 99% of all businesses in Canada and they employ more than 10 million Canadians. To help these businesses thrive, the Liberal government has lowered business taxes for small businesses, removed regulations and made doing business easier through the Canada Business app. All this helps access the 1.5 billion customers in the international marketplace, available to Canadian businesses in 50 countries through Canada’s current free trade agreements, said Ng. 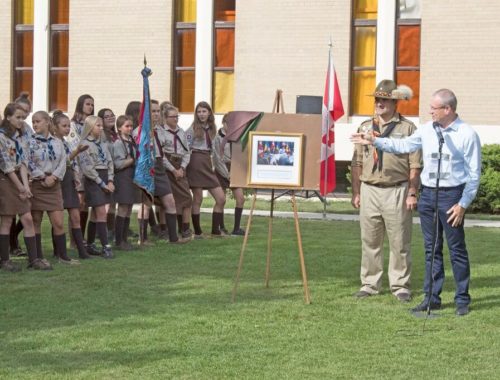 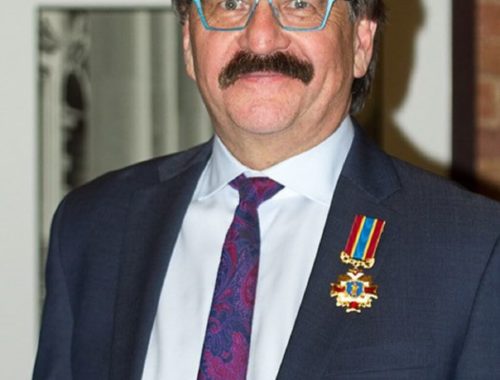