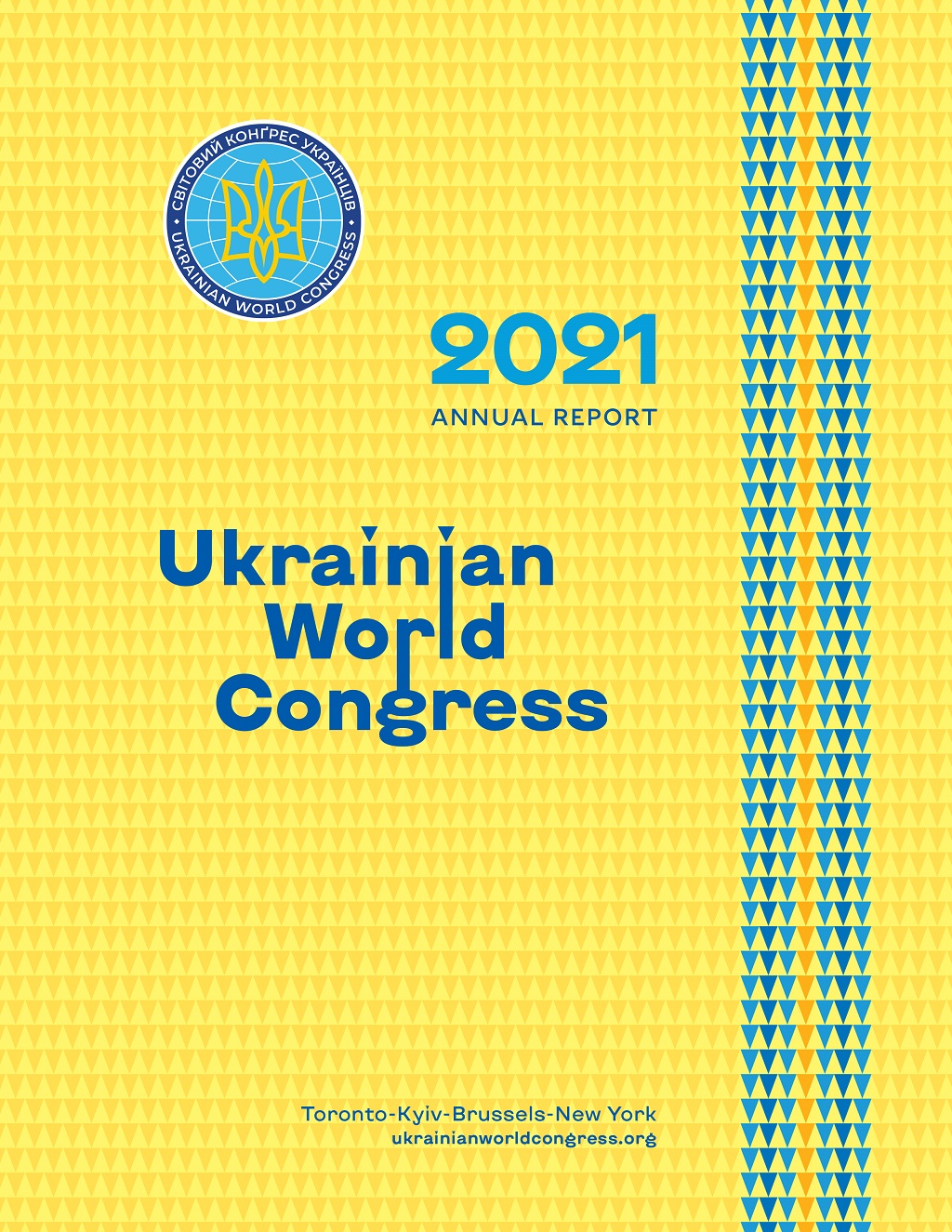 At the beginning of December, the Ukrainian World Congress (UWC) released its annual 2021 Impact Report, in which it summarized some initiatives, projects and advocacy campaigns that it was involved with in 2021.

“2021 was certainly a year to remember!” said the report. “Together, we delivered innovative projects and powerful advocacy campaigns to drive positive change for our global communities. This became possible thanks to the trust and generous support of our donors, volunteers, partners and dedicated staff team. For this, we cannot thank you enough.”

Some of the initiatives included:

“Our combined efforts make UWC a unique global organization that unites Ukrainians worldwide,” said UWC executive director Mariia Kupriianova in the report. “There are great challenges and opportunities ahead. We draw strength and inspiration from the dedicated work of our volunteers, the trust of our donors, and the vision of our leadership team.”

The following is a summary of the Ukrainian World Congress 2021 report.

At the end of 2020, the UWC signed a Memorandum of Cooperation with the Cabinet of Ministers of Ukraine. This document provided the foundation for increased cooperation on consolidating international support for Ukraine, moving forward on critical areas of reform, and improving Ukraine’s business climate and investment attractiveness.

In 2020 and 2021, UWC developed and submitted several proposals to the Cabinet of Ministers of Ukraine, including one urging an Inter-agency Advisory Council on external labour migration under the aegis of the Cabinet of Ministers of Ukraine. The message that UWC’s leadership consistently delivered during meetings with government officials of Ukraine was that multiple citizenships will encourage Ukrainians to return to their homeland and will have a positive impact on Ukraine’s economic and political development.

UWC International Observation Missions support transparent, fair, and democratic elections in Ukraine. On October 25, 2020, despite the closure of borders due to the pandemic, representatives from UWC and the Ukrainian Congress Committee of America (UCCA), with observers from Canada, the United States, Denmark, Switzerland, UK and France, became volunteer election observers. The UWC Observation Mission was led by Borys Wrzesnewskyj, Head of the UWC Human Rights Commission. UWC Vice-President Andriy Futey headed the UCCA election observation mission.

The UWC and UCCA election observation missions formed the fifth largest election observation mission in the 2020 elections. The Mission developed several proposals to amend the Electoral Code of Ukraine and subsequently submitted them to the Central Election Commission. Diaspora Ukrainians continue to work with Ukraine and international partners on the issue of reintegration of the temporarily occupied territories.

On August 23, 2021, Kyiv hosted the inaugural Crimean Platform summit. The UWC joined the 44 countries in attendance to sign the Crimean Charter, which reaffirms international support for the de-occupation of Crimea. UWC President Paul Grod assured summit participants that the Ukrainian World Congress would continue encouraging the international community to support the Crimean Platform.

The UWC also conducted a powerful advocacy campaign supporting NATO membership for Ukraine ahead of the NATO summit in June 2021. UWC member organizations in 30 nations urged government leaders, mass media, and opinion leaders in their countries to ensure that NATO commits to a Membership Action Plan (MAP) for Ukraine.

In June 2021, UWC’s President and leaders took part in the US-UA Working Group “Yearly Summit IX: Providing Ukraine with an Annual Report Card”. Joining influential speakers from the United States, Canada, the EU, and Ukraine, Paul Grod called upon the Euro-Atlantic community to step up support for reforms in Ukraine and accelerate Ukraine’s NATO integration and membership. During that conference, UWC Executive Director Mariia Kupriianova chaired a special session on “How the US can best help Ukraine attain its Euro-Atlantic vision – Ukraine’s Perspective” with Ivanna Klympush-Tsintsadze, Head of the Verkhovna Rada Committee on Ukraine’s Integration into the European Union.

The UWC Human Rights Commission, led by Borys Wrzesnewskyj, is working with the Mejlis of the Crimean Tatar People to raise international awareness about the ongoing human rights violations in Crimea and other Ukrainian territories occupied by the Russian Federation and to implement the measures established by the Crimean Platform. UWC also supports appeals to national governments and international organizations to recognize the deportation of the Crimean Tatar people as genocide.

The UWC is contesting the illegal decision by Russian authorities to designate UWC activities as “undesirable on the territory of the Russian Federation”. In support of the litigation process, the UWC established the Committee on the Protection of Rights of the Ukrainian World Congress and its Network in October 2019, chaired by former UWC President and renowned lawyer Eugene Czolij.

In July 2021, the UWC had to make a difficult decision and suspend the membership of all of UWC’s constituent organizations and their leaders in the Russian Federation. This move became necessary in response to new draconian legislation enacted by Vladimir Putin to protect the Ukrainian ethnic minority in Russia from repressions: if citizens of the Russian Federation are found guilty of being involved with “undesirable” organizations such as UWC, they can face up to 6 years in prison.

Another example of Russia’s continued violation of human rights and persecution of the Ukrainian ethnic minority is the liquidation of the Prosvita Far East Ukrainian Spiritual Cultural and Educational Centre in Vladivostok. A ruling to that effect was handed down by the Artyom Municipal Court of the Primorsky Krai of the Russian Federation on July 19, 2021, and came into force on August 28, 2021.

In response to the Russian authorities’ repressive measures against the Ukrainian ethnic minority, UWC sent an official letter to the United Nations High Commissioner for Human Rights Michelle Bachelet in September 2021.

The UWC also continuously raised the persecution of Ukrainian communities in Russia in international forums. For example, in January of 2021, the issue of the ban on UWC activities and the plight of Ukrainian communities in Russia was raised during a session of the Parliamentary Assembly of the Council of Europe (PACE) by the Member of the Permanent Delegation of the Verkhovna Rada of Ukraine to PACE, Member of Parliament of Ukraine Lesia Vasylenko.

The UWC continues to encourage Ukrainian communities worldwide to commemorate the Holodomor victims at the end of November. The commemoration takes different forms in different countries: church services, exhibitions, and numerous other events that raise Holodomor awareness, including campaigns calling on parliaments to recognize the Holodomor as genocide of the Ukrainian people in those countries who have not yet done so.

The project’s goals are to gather and preserve the histories of families affected by the Holodomor-Genocide, raise awareness among descendants of the Holodomor victims on the enduring trauma of the genocide, foster the spirit of cherishing Ukraine’s history, commemorate the innocent victims, and present the facts from the history of the Holodomor to counter disinformation and denial. On May 19, 2021, UWC launched the website and registration for the global Holodomor Descendants’ Network www.hdn.ukrainianworldcongress.org.

Through the Memorandum of Cooperation signed by the UWC and the Cabinet of Ministers of Ukraine in December 2020, the UWC is involved in preserving national memory at the highest levels.

Ahead of the 30th anniversary of the restoration of Ukraine’s independence, UWC launched the “30 under 30” youth initiative. This was the first global initiative that presented young Ukrainians from the Diaspora younger than 30, our communities’ current and future leaders.

Over 120 participants from 24 countries were nominated in just two months. Nomination criteria for the shortlist included: the ability to show initiative, efficiency, creativity, teamwork and leadership skills, participation in volunteer projects, and professional achievements in the country of residence. The complete list of “UWC: 30 under 30” finalists is available on UWC’s website.

“In 2022, the UWC turns 55. UWC’s co-founding organizations have recently celebrated their 80th anniversaries, and some of our communities are over 120 years old. With your support, we are making history in the Ukrainian world today,” said UWC President Paul Grod.

You can support UWC’s future initiatives with a donation or volunteer at ukrainianworldcongress.org. 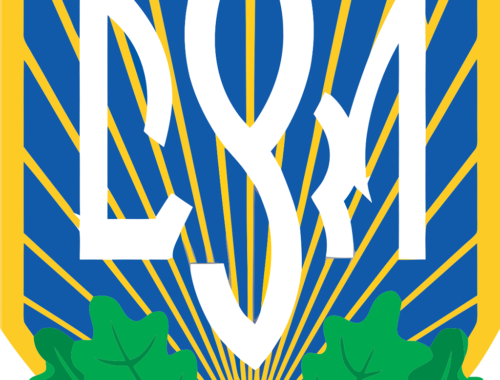 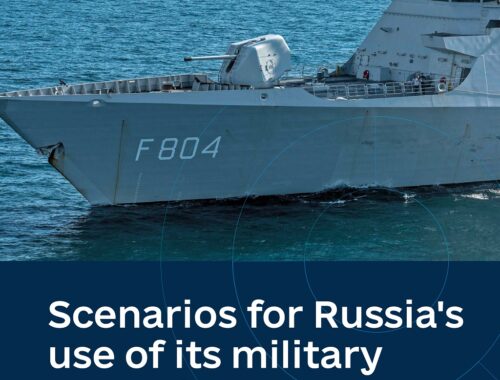