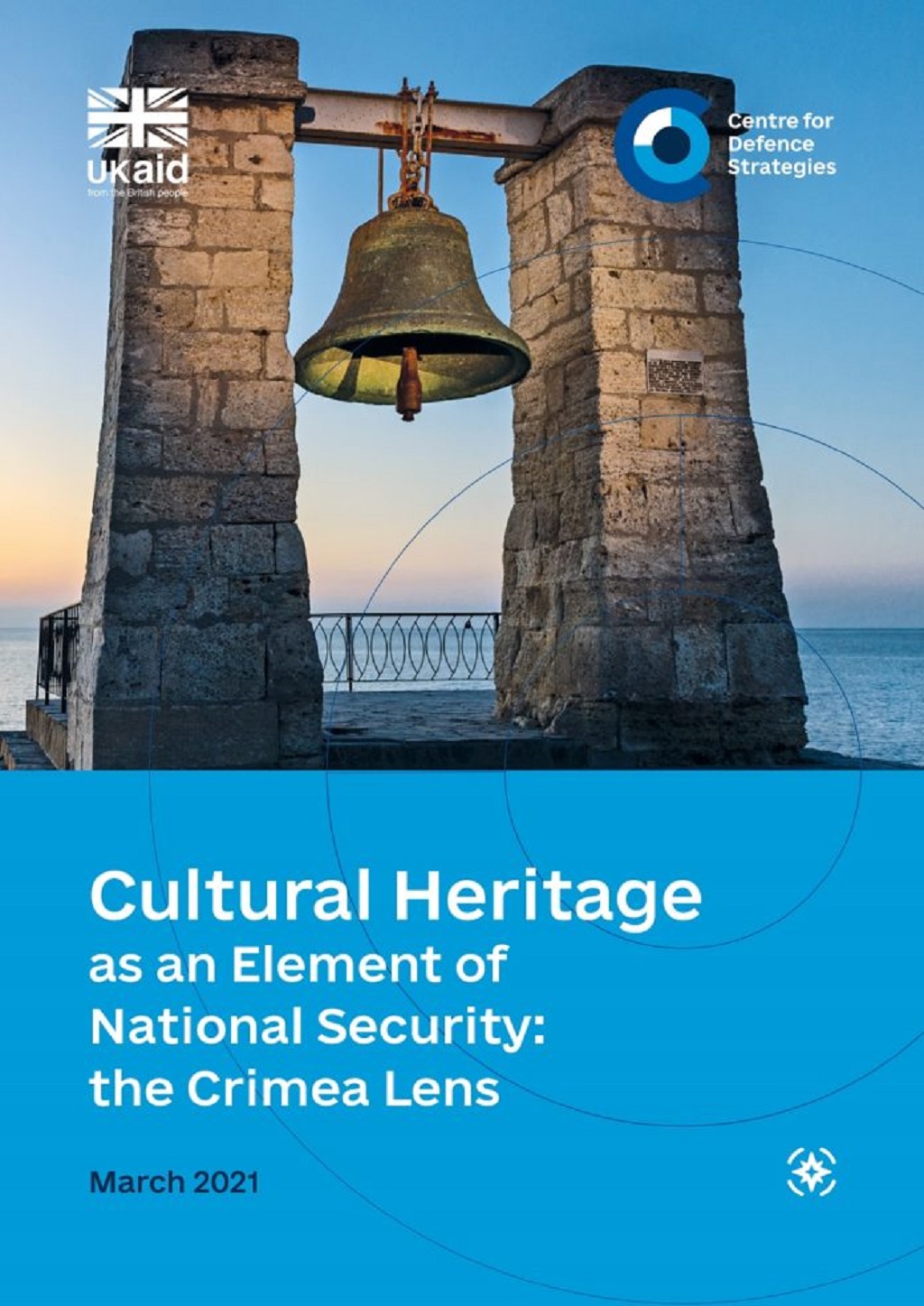 Fourth of Five Articles. Highlights from the “Cultural Heritage as an Element of National Security: the Crimea Lens”, prepared by Dr Kateryna Busol, CDS expert and Alina Frolova, Deputy Chairwoman of the Board at Centre for Defence Strategies

Disinformation, the distortion of history, the appropriation of cultural heritage and the weaponization of culture and religion have been the intrinsic elements of Russia’s domestic and foreign policy for years. Currently, Russia is employing such methods in the occupied Crimea. Therefore, Ukraine and the international community should realize that Russian violations against tangible and intangible cultural heritage are not the end in themselves. Russia uses them as a hybrid tool along other violent and political means to consolidate its dominance over Ukraine’s peninsula and intangibly finalize what was begun with tangible military means in February 2014.

Physical protection vs. Manipulation of the narratives?

The protection of cultural property has traditionally focused on its physical preservation with the prohibition on appropriation, unsanctioned transfers or targeting during military operations. However, new conflict patterns, the development of the means and methods of warfare and the rise of hybrid threats have generated new dangerous (ab)uses of history and culture. The case of occupied Crimea proves that major threats come not only from the physical destruction or modification of artifacts but from the instrumentally manipulated narratives around them.

This, in turn, has reaffirmed the need for new, broader and subtler, heritage protection policies, both domestically and internationally. While physical preservation should be a priority, such heritage protection policies should also have a nuanced security lens and address the wider hybrid threats posed by the manipulation of narratives connected to cultural heritage.

“Crimea, ancient Korsun, Khersones, Sevastopol – all of them bear an enormous civilizational and sacral meaning for Russia, just as the Temple Mount of Jerusalem does for those who profess Islam and Judaism” – President Putin has declared. This vision of the crucial role of Crimea for Imperial, Soviet and contemporary Russia is the touchstone of Russia’s policy toward the peninsula and its tangible and intangible heritage.

With the beginning of its occupation of Crimea, Russia started the widespread appropriation of state, municipal and private property in Crimea. Crimea’s cultural heritage fell victim to the same policy. The unjustified appropriation of museums and their collections, of historical sites, archives, churches and mosques are all breaches of international law. However, such appropriation has laid the foundation for a wider range of violations, many of which pose dangerous hybrid threats to Ukraine’s security and the rules-based international order. In particular, the occupying authorities instrumentalize artifacts from Crimea, archaeological excavations, and academic research to demonstrate a connection between the peninsula and Imperial, Soviet and contemporary Russia.

Russia has been exporting Ukraine’s artifacts from Crimea to present them at exhibitions elsewhere, pursuant to its own curatorial narratives, such as the 2016 Aivazovsky exhibition with 38 paintings from the Crimean city of Feodosia and the 2017 Panticapaeum and Phanagoria exhibition showcasing the artifacts from the East Crimean Historical and Cultural Museum Reserve. The transfers of the respective artifacts were neither sanctioned by Ukraine nor necessitated by any emergency on the occupied peninsula.

The Russian authorities have unilaterally supported unlawful archaeological excavations in the occupied Crimea. In 2014-2020, they issued 410 permits for such activities. Ukraine did not partake in verifying the context-sensitivity of the archaeological explorations, their documentation, or the presentation of their findings. Many excavations were conducted with the sole purpose of facilitating the construction of the Tavrida highway connecting the Kerch Bridge with Sevastopol, which is important in military-strategic terms as well as for President Putin’s prestige.

Russia also instrumentalizes Ukraine’s Crimea to emphasize its foundational role in Orthodox Christianity. President Putin has declared that the Ancient City of Tauric Chersonese and its Chora, a Ukrainian UNESCO World Heritage site, should become a “Russian Mecca” because it is “the foundation of Russia’s statehood”. Russia put a priest with no previous experience in managing cultural heritage in charge of the Chersonese Museum. Although the unqualified religious director later resigned, the “Christianisation” of this secular, Ukrainian World Heritage site continues there, along with the growing presence of the Russian Orthodox Church.

The distortion of the Crimean Tatar role in Crimea peaked with Russia’s destructive renovation of their Bakhchysarai Palace. This flagrant deprivation of the indigenous Crimean Tatars of their last surviving architectural monument of this kind has deeper reverberations with the past and present. Soviet Russia profoundly victimized Crimean Tatars with the deportation, ordered by Stalin in 1944. No proper apology or compensation has occurred for this atrocity, and the aura of the unjust label “enemies of the people” that was placed on the Crimean Tatars still lingers. Today, Russia’s occupational authorities in Crimea subject these indigenous people to persecution, bogus associations of extremism and sham trials

Through these violations, Russia attempts to assert its foundational role in Crimea’s past, present and future.

The international community does not recognize Russia’s attempts to change the status of Crimea and considers it to be occupied. This triggers the applicability of respective international treaties and customary law regulating such a context, including those concerning heritage issues. A whole spectrum of general and heritage-specialized international instruments prohibits Russia from acting unilaterally concerning Ukraine’s cultural property in Crimea.

The unlawful and wanton destruction and seizure of any type of property during an occupation are prohibited. Unless justified by military necessity, such actions constitute a grave breach of the 1949 Geneva Conventions. The 1954 Hague Convention for the Protection of Cultural Property in the Event of Armed Conflict obliges the occupying power to support the national authorities in their preservation activities in the occupied territories. The protection obligation is repeatedly emphasized in the 1972 UNESCO World Heritage Convention. The provisions on the respect of, illicit export of, and return of cultural property are contained in customary international humanitarian law.

Therefore, Russia’s appropriation of Ukraine’s cultural heritage in Crimea, let alone unilateral decisions about its transfer or renovation, are in breach of international law.

Russia’s occupation of Crimea and intervention in the Donbas have transformed Ukraine’s perception of its historical and cultural heritage and catalyzed action concerning the mounting violations in this field. However important, the steps that have been taken are sometimes taken too late and are incoherent. Also, although Ukraine is increasingly making heritage submissions in its Crimea-related proceedings before regional and international courts, so far, its arguments have been too seizure-centric and have not painted the full picture of Russia’s persecutory and neo-colonial intentions behind its mistreatment of Ukrainian and Crimean Tatar cultural heritage.

Although its new National Security Strategy does not fully conceptualize the security threats posed by heritage manipulation, it does stress the need to counter them and to learn from all aspects of Russia’s hybrid aggression. This encompasses Russia’s distortion of historical and cultural narratives. The National Security Strategy also restates Ukraine’s obligation to ensure effective criminal proceedings concerning armed conflict-related violations.

The Crimea De-Occupation and Re-Integration Strategy contains more details on cultural heritage. It rightly restates Ukraine’s obligation to act in response to Russia’s abuse of its cultural property, including by running specialized registries of affected artifacts and making submissions to international courts.

Ukraine should make sure that proceedings in domestic, regional, and international courts related to the Russia-Ukraine armed conflict include issues related to the cultural heritage of Crimea. More broadly, Ukraine and its international partners, including the EU and NATO, should seriously consider the role of cultural heritage in the case of Crimea and develop layered pre-emptive and reactive policies which consider cultural heritage as a matter of national security and its abuse as a powerful hybrid threat with lasting deeply ingrained reverberations.

As such, the paper proposes the following domestic policy recommendations: 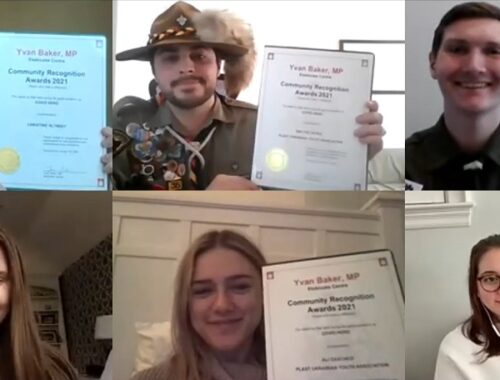 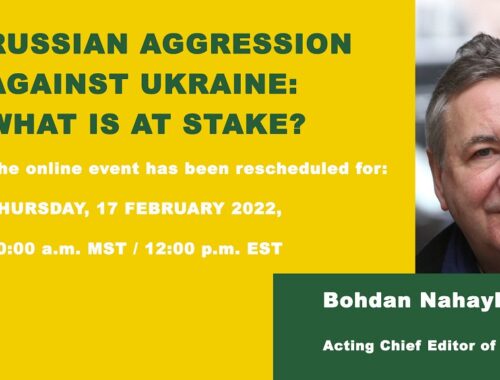 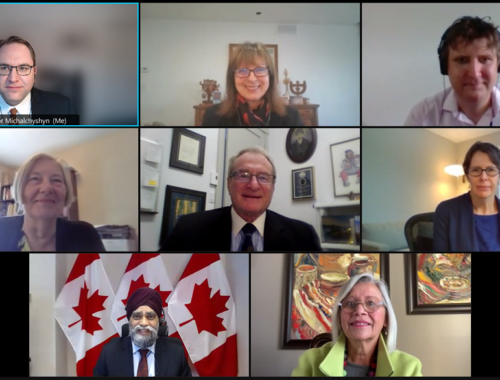